Eyewitness stories from the West Bank and Israel 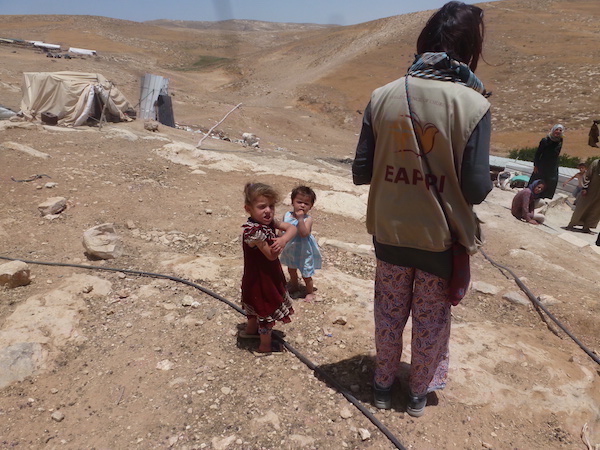 Henley Quakers’ annual peace talk was held on 12 November. Some 25 people (Quakers, Henley townspeople and some from further afield) heard Nick Georges speak about his recent three months as a human rights monitor. Nick has recently returned from the West Bank and Israel, where he was a volunteer with the Ecumenical Accompaniment Programme of the World Council of Churches. After training, the volunteers accompany people in danger in occupied territories, and support Israelis and Palestinians pursuing a just peace. For example, Nick’s team witnessed demolitions of houses in the West Bank by the Israeli army, and spent time with a Jewish peace group in Israel.

This website uses cookies to improve your experience while you navigate through the website. Out of these, the cookies that are categorized as necessary are stored on your browser as they are essential for the working of basic functionalities of the website. We also use third-party cookies that help us analyze and understand how you use this website. These cookies will be stored in your browser only with your consent. You also have the option to opt-out of these cookies. But opting out of some of these cookies may affect your browsing experience.
Necessary Always Enabled
Necessary cookies are absolutely essential for the website to function properly. These cookies ensure basic functionalities and security features of the website, anonymously.
Functional
Functional cookies help to perform certain functionalities like sharing the content of the website on social media platforms, collect feedbacks, and other third-party features.
Performance
Performance cookies are used to understand and analyze the key performance indexes of the website which helps in delivering a better user experience for the visitors.
Analytics
Analytical cookies are used to understand how visitors interact with the website. These cookies help provide information on metrics the number of visitors, bounce rate, traffic source, etc.
Others
Other uncategorized cookies are those that are being analyzed and have not been classified into a category as yet.
SAVE & ACCEPT
Powered by